These two bisses are walked in a loop. The Ladneri dates from the very beginning of the fourteenth ventury and the Wiigartneri from the end of the same century.  Both contain water and are still used to irrigate agricultural land, as well as to maintain a green belt along the BLS train line. The source of the Wiigartenri has been abandoned and it is fed by a pipe.

Location :  To the right of the Rhône, above Viège (Visp) and Baldscheider.

From Viège take a bus towards Eggerberg and get out at the stop marked «Berg». Climb for about 50 metres to reach the Bisse de Laldneri and follow it to the point at which it takes water. Cross the Baldchiederbach by a bridge and continue the trail to the Bisse de Wiigartneri. This bisse starts at an intersection (towards Ausserberg, Hohtenn). You set off on the flat towards the valley floor (don’t follow sign-posts for Ausserberg). Follow the bisse as far as a forest road above the BLS train line. Follow the road to Baldschieder and from there continue to Viège (Visp) either on foot (30 minutes) or by bus.

A varied and shady trail on the southern slope of the Lötschberg with meadows rich in the magnificent flora characteristic of such an arid region. 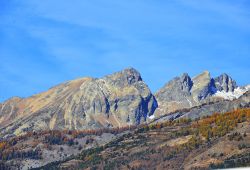 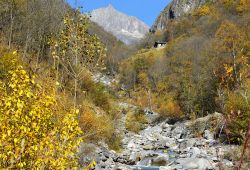 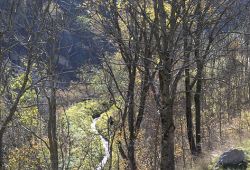 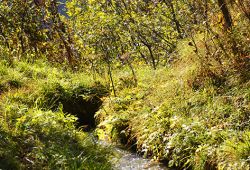 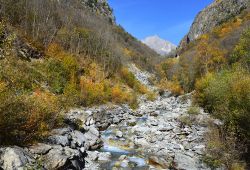