Dating from the beginning of the fifteenth century this bisse contains water along its entire length.

Route time : Approximately 3 hours. In a loop with the Bisse de Baar it takes 3 to 4 hours.

Location :  Salins / Veysonnaz, to the left of the Rhône, above Sion.

Best period : May to October.

Begin in the village of La Vernaz above Sion in the district of Les Agettes. The sign-posts for the Bisse de Salins can be found in the middle of the village near the bus stop.

Go behind the church, follow a path through meadows to join an unpaved road. At the end of the road we reach the bisse. Until the end of the road it is under pipes. Make your way west in the direction of Veysonnaz - Nendaz and follow the bisse until it takes water at the river Printze.

From there, to join the Bisse de Baar, go back down to the village of Beuson following the road along the river Printze. When you arrive in Beuson, follow the old road which starts in the middle of the village towards Brignon. When you reach Brignon castle, descend in the direction of the river Printze and at the end of the village, when you reach the last barn, take the path through the barn which is made of two distinct buildings and follow the bisse to the village of Pravidondaz. To return from Pravidondaz, there are buses for Sion or La Vernaz

These two bisses cross the main road from Nendaz to Veysonnaz. To continue your itinerary, cross the road and find the path of the bisse on the other side a little lower.

The trail is shady and quiet with few other walkers. 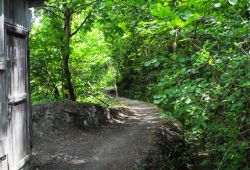 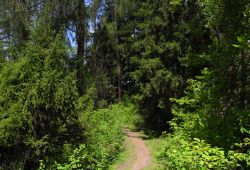 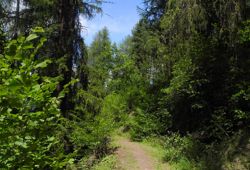 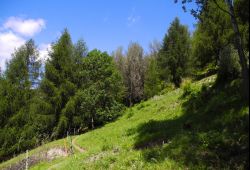 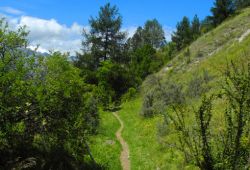 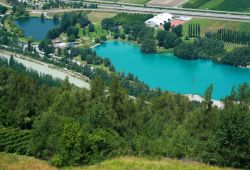 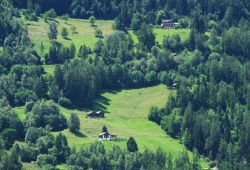 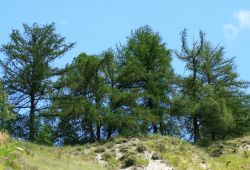 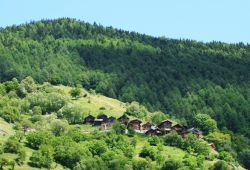 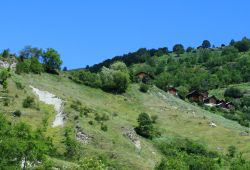 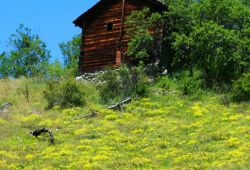 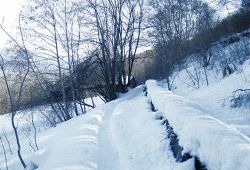 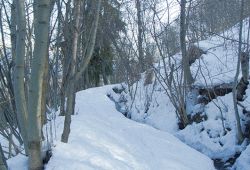 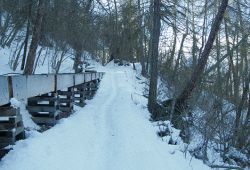 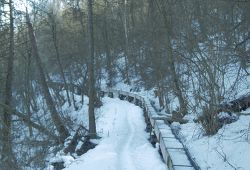 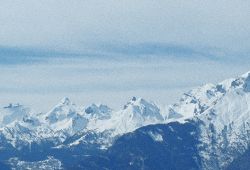