Built in 1862, this bisse has been abandoned but the path is still accessible and marked. It is located to the left of the Rhône between Siviez (Super-Nendaz) and the Cleuson Dam.

Route time : Between 5 and 6 hours depending on the chosen itinerary.

Difficulty : A magnificent hike at altitude, this bisse unfolds above 2000 metres and is inaccessible in snow. It is not recommended for those suffering from dizziness or a fear of heights. It is also not suitable for young children.

There are two possiblities: either you set off from Thyon 2000 and you follow the footpath towards Cleuson sign-posted «Ancien Bisse de Chervé», or you start in Siviez taking the chairlift from Novelli to Combatseline. Approximately 50 metres above the arrival of the chairlift you will reach the Bisse de Chervé by heading towards the Cleuson Dam situated at the bottom of the valley.

Follow the bisse to the dam. At times the trail can be quite chaotic because of landslides. To return you have two possibilities. Once you arrive at the dam you can descend through the meadows towards the wall of the dam, or you can continue until you reach"La Gouille" at the bottom of the dam and retrace your steps along the artificial lake. Once you are back at the wall, descend along the wall either to the left or the right and, at the bottom of the wall, take the path back to Siviez/Nendaz. (Don’t follow the non-tarmac road).

Outside the summer tourist season, the Novelli chairlift is not open daily so you are advised to check the timetable. If the chairlift is closed you will need to add a good one hour climb to your walk. This is a magnificent high-altitude (above 2000 metres) hike. Warm clothing is recommended. There are many hikers during the high tourist season in summer but autumn is beautiful at this altitude. This bisse is reserved for good hikers.

All along the path you will pass a number of ideal picnic spots. 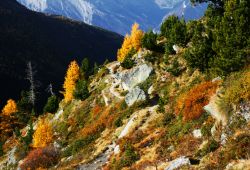 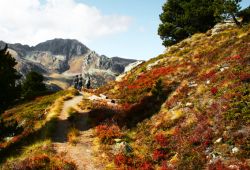 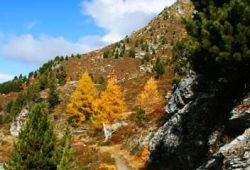 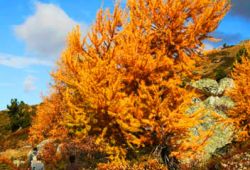 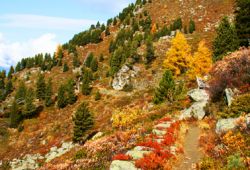 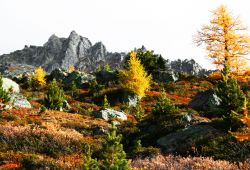 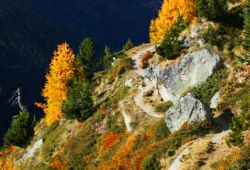 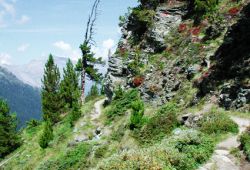 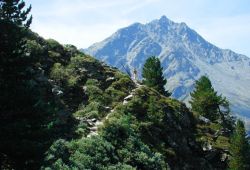