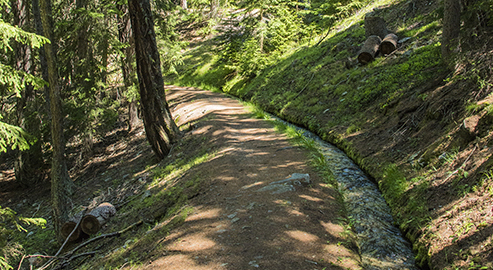 This bisse dates from 1915 and was built to replace the original Bisse de Niwa. At the end of the trail of the Bodmeri, one can visit the guardian’s hut for the Bisse de Niwa and follow the vertiginous bridges which were built on the old path of the Bisse de Niwa.

Route time : Approximately 3 hours from Visperterminen in a loop

Location :  Visperterminen, to the left of the Rhône, above Vsp.

This bisse contains water from early April to mid-September. 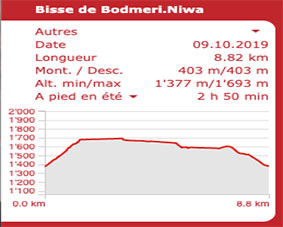 The route begins at the "Kappellenweg", a hundred meters after the departure station on the chairlift (northbound). Follow the Stations of the Cross to the "Waldkapelle" (each station of the Way of the Cross consists of a small chapel). Walk around the "Walkapelle" on the left and continue climbing towards the bisse for about 1.5 km. The route joins a road in a pin. From here, the bisse is under pipes until « Mutji" (North). From "Mutji", follow the road heading north for a hundred meters to resume the route of the bisse upstream of the road. Follow him to the old hut of the keeper of the bisse. It is from this last place that one can admire (and borrow!) the spectacular footbridges in the middle of the wall (old course of the bisse). For the return, the route takes the forest road located a hundred meters before the old hut of the guardian of the bisse. Follow this road to "Obri Bodma" (South) and follow the indication Visperterminen. Follow the uphill road for 300 meters (South) and before the forest, take a path downstream from the road. This path crosses a beautiful larch forest until Visperterminen and the starting point of the hike.

This is a beautiful trail off the beaten track. You will find an area of great charm and authenticity. There are many picninc spots along the way. 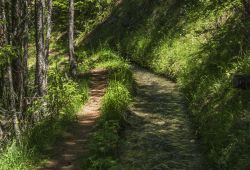 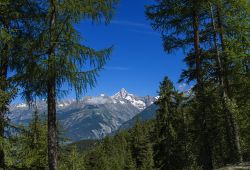 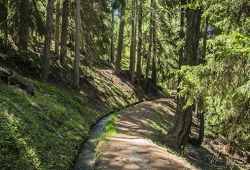 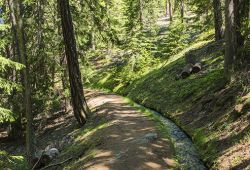 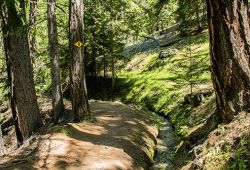 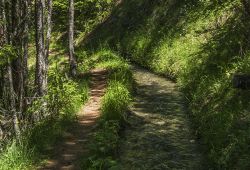 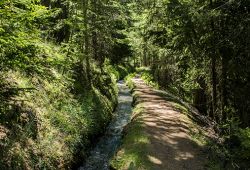 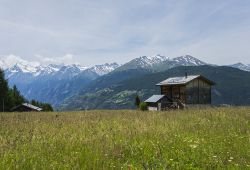