This bisse dates from the fourteenth century. It has the particularity of containing water throughout the year and irrigates a vast territory in the district of Ayent offering a beautiful walk in the wild valley of the Sionne.

Location : Located in the Sionne valley to the right of the Rhône above Arbaz and Ayent.

This bisse contains water throughout the year.

The ideal starting point is the gondola station in Anzère. From here, turn west towards Go and the Sionne valley.

After a short ascent along a forest road you will reach a clearing. Follow the road for another 100 metres and then follow the sign-post for «Les Evouettes». Take care not to follow the mountain pasture road! The road climbs to a new clearing approximately 100 metres wide. Continue to follow the road on a slight incline for about 1 km. You should still be facing west. Then the road descends into the forest and at the first sharp bend turning south, take the forest trail which continues west.  After a descent of about 10 minutes, the path turns north-west and crosses the western slope of the Sionne valley. Continue until you reach a mountain pasture road and make your way uphill along this road for about 1 km to reach the bisse at Les Evouettes. In the beginning, the bisse is piped along the Sionne. A few hundred metres after the avalanche bunker, the bisse resurfaces. Follow it until you reach the road to Anzère and head towards «Etang Long». This is the pond above the Restaurant du Lac. The bisse continues 50 metres above the the pond (sign-posted Bisse d’Ayent, Bitailla). Follow the bisse until you reach a tarmac road (Route de la Zouma, but take care not to follow the sign-posts back up to the Bisse d’Ayent!). Cross the road and walk along the bisse downhill. You will reach the Lombardon pond. From here head to the Saxonne bus-stop (sign-posted on the road 200 metres below the pond), from where you can catch a bus to Sion or Anzère.

A very varied itinerary joining the Sionne valley. This bisse has few visitors. When you reach the Lombardon pond there are many ideal picnic spots. 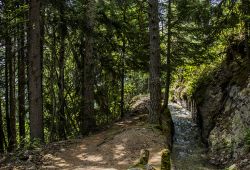 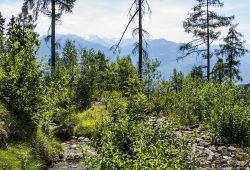 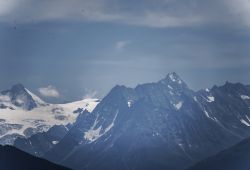 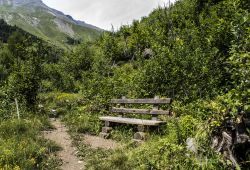 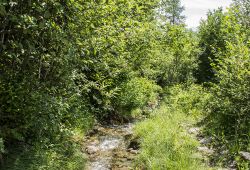 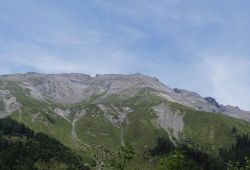 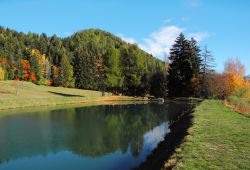 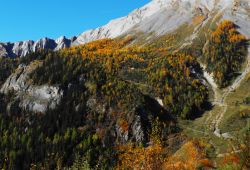 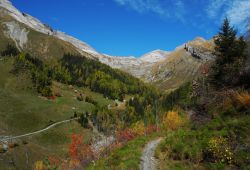 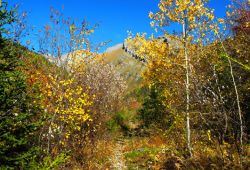 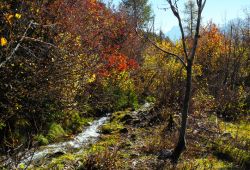 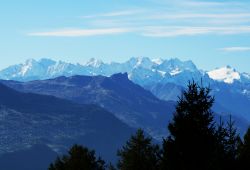 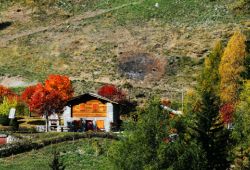 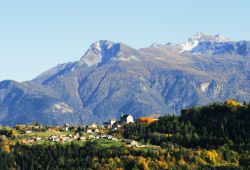