Built at the end of the fourteenth century, this bisse contains water throughout the year and offers a magnificent walk.

Total length : Approximately 14 km for the complete version (version 1), including the return trip.

Location :  Vercorin, to the left of the Rhône.

From the middle of the village of Vercorin, at the most easterly point of the Rue de la Poste, follow the road south on the "Chemin de Tracuit" sign-posted "Sentier du Bisse". There is a steep climb lasting about 30 minutes. At the beginning there is a tarmac road which then gives way to a forest track which you follow until you reach the sign-post "Sentier du Bisse" and Panel no. 1 "Sentier des Abeilles".

Follow the Bisse south-west. After about 500m you walk under the gondola and after a further 500m you reach the ski-slope. Climb up the bisse cascade for 50 metres and continue along its path. You will cross a number of  passable roads. Continue to follow the bisse as far as its second cascade. Work your way up this cascade (the trail is very steep for 15 minutes) and cross the road at the top to follow the road along the bisse which flows 50 metres below. Upon reaching the refuge du bisse, continue as far as la Lé.  For the return trip, you can either retrace your steps, or climb towards l’Ar du Tsan (500 metres) and take the path to Vercorin. You can also descend along the Réchy valley and after a few hundred metres, take the path "de Chalais en chalets » to Vercorin.

Drive to the refuge du bisse through the forest. This road is normally closed to traffic but it seems that during the tourist season the rule doesn’t apply, since there is a car park on-site which is sign-posted.  From the refuge follow the bisse as far as la Lé. The path is flat and easy.

Most of this walk is in the shade.

Between Vercorin and point at which the bisse takes water (la Lé) there is a 300 metre difference in height up and down. From the refuge to la Lé the path is flat.

In the tourist season, the stretch of the trail between the refuge and la Lé is very busy. There is a small café at la Lé and it is an idyllic picnic spot. 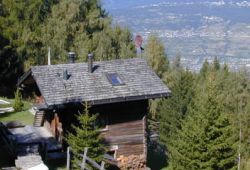 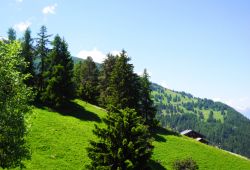 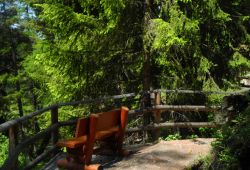 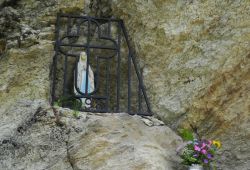 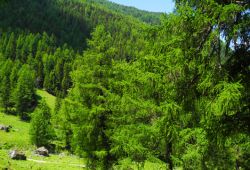 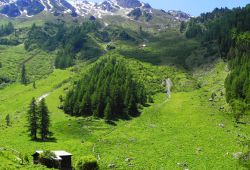 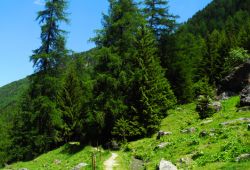 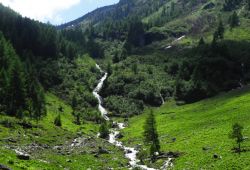 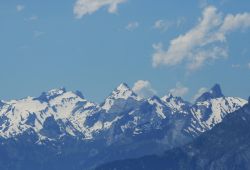 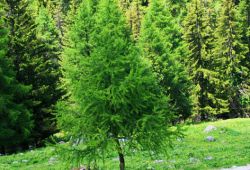 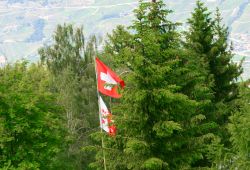