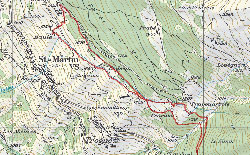 The bisse of St Martin takes its water in the torrent of Mounire and flows towards the hamlets of Baule and Granges - Neuves, because in the middle of the course it separates in two arms.

Location : St. Martin, Suen on the left bank of the Rhone above Sion

Best period : May to October

From the village of Suen, take the direction "Alpage de Loveigno" and thereafter "La Baule". The road that joins the hamlet of La Baule is a dead end road. Park your vehicle on the asphalt road above the hamlet of Baule. The bisse cross this road, so it's easier to start the ride of this place. It starts just at the height of a refurbished mazot upstream of the road. Our route proposes to make a loop which, on a part of the route, leaves the bisse to reach it higher and thus not to retrace your steps.

After a climb of about 30 minutes, the route of the go joins that of the return and you are at an agricultural road crossing and a series of cottages. Continue to follow this agricultural road (TSL trail), first flat (south direction). You are leaving the route of the bisse to join the torrent of Mounire crossing a forest. The path is first downhill, then it goes up (Sentier nature). You cross the torrent of Mounire and after a few hundred meters you join a fork with a second time, the indication « Sentier nature", head north (opposite direction of your walk to this place) to reach the torrent of the Mounire and the main branch of the bisse. A few hundred meters after crossing the torrent you join the bisse, which meanders, first flat, then down to the fork that you crossed at the climb. Follow the forest road on the right for a hundred meters and join the branch of the top of the bisse which continues downstream of the road (pedestrian trail indication). Follow the bisse to the road of the Alp of Loveigno and go down to the hamlet of Granges - Neuves. At the end of the road, take a forest road (signs La Clairière, St Martin, Tango) to reach your starting point.

The route seems a little complicated, refer to the details of the itinerary of the interactive map below. 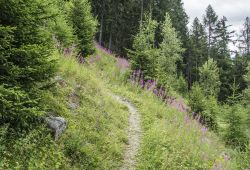 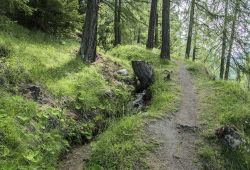 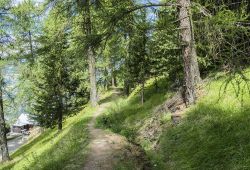 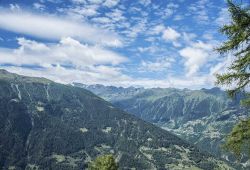 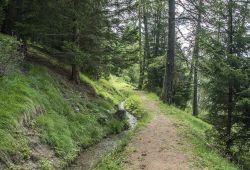 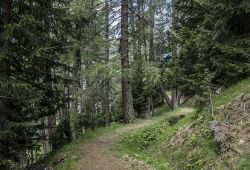 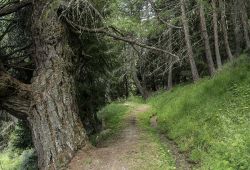 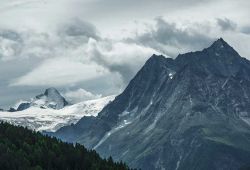 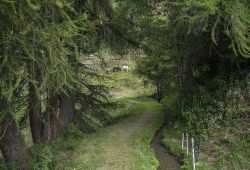 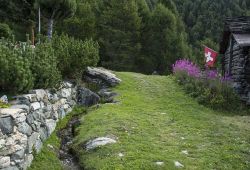 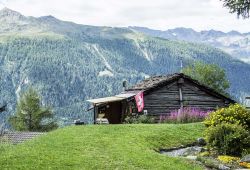 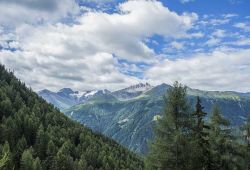 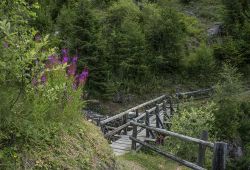 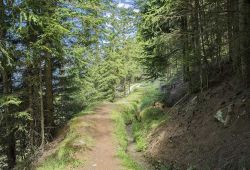