Built in the first half of the fourteenth century, this bisse was still active until the 1940s. It is now completely abandoned. A spectacular trail crossing sheer vertiginous drops follows the old path of the bisse from Blatten (bei Naters) to Ried-Mörel. This trail can be followed in both directions but we advise beginning in Blatten.

Location :  To the right of the Rhône, above Naters, Bitsch and Mörel.

Difficulty : Not suitable for those suffering from vertigo. Can not go to with children in infancy

This abandoned bisse carries water for the final third towards Ried - Mörel.

From the departure station of the Blatten/Belalp (bei Naters) cable car, follow directions for Massaweg. After an ascent of ten minutes on a tarmac road, take the path you cross to reach the point of departure. Continuing in the direction of Massaweg, the trail crosses a rather austere forest with an ascent of 195 metres followed by a descent of 194 metres. As you leave the forest you will join a tarmac road, on which you will continue your descent until you reach the bridge across the river Massa. The point of departure for the bisse is on the other side of the bridge (towards Massaweg / Ried-Mörel).

The beginning of the trail follows a forest road. Then you will follow the old path of the bisse across an area of scree followed by a spectacular sheer face lasting a few hundred metres. Thereafter, the path becomes less vertiginous. Continue towards Massaweg / Ried-Mörel perpendicular to the valley of the Rhône. On the last third of the trail the bisse has been restored and carries water. It crosses a beautiful leafy forest. 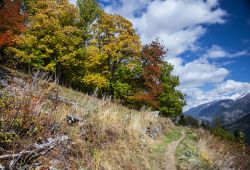 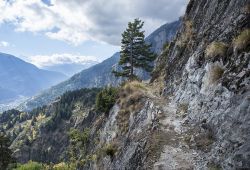 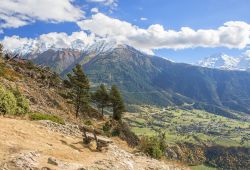 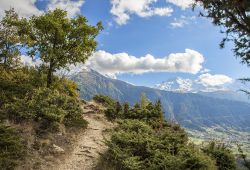 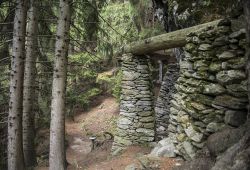 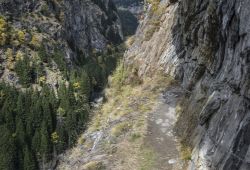 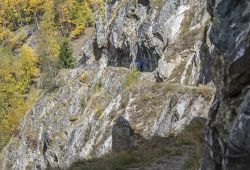 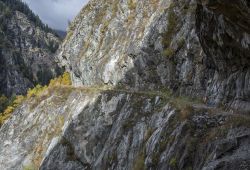 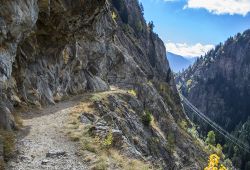 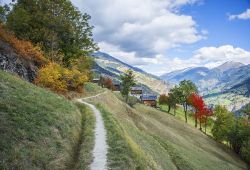