Built in the fifteenth century, this bisse has the particularity of taking its source from the Tièche which becomes the Raspille and which separates the canton of Valais into its two linguistic regions.

Location :  Crans-Montana, les Violettes and Aminona to the right of the Rhône. A panoramic trail with spectacular views over the Valaisan Alps and the 4000 metre peaks of the Val d’Anniviers (Weisshorn, Zinalrothorn et Obergabelhorn). From the point at which the bisse takes water one can even spot the Cervin (Matterhorn) and the Dent d’Hérens as well as the Arête des 4 Ânes and the Dent Blanche.

Best period : May to October.

This bisse contains water from late May to late September.

From the Violettes car park in Montana, take the Barzettes road on foot and after 300 metres on your left you can join the path of the bisse (direction Plumachit).

The first hour of the walk is quite a steep climb along the bisse. If you prefer to avoid this climb, you can drive a little further and begin your walk higher up. To do so, take the road to the left of the Violettes car park towards Plumachit as far as Hameau de Colombire. From here you can join the bisse on foot. For good walkers, who begin the walk at the Violettes car park, there is an alternative when you are retracing your steps on the return trip. At the Caves du Scex, make your way through the meadows to reach Aminona and from there take the free shuttle bus to the Violettes car park (check the timetable beforehand!).

The bisse starts with a steep climb and you will meet few other walkers on this stretch.

In good weather the area around the Caves du Scex and the little Tièche valley offer some lovely possibilities for a picnic.

During the summer season, there is a bus service to reach the Hameau de Colombire (for timetables, check with the tourist office). 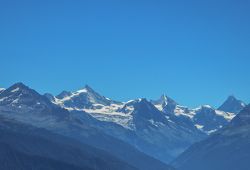 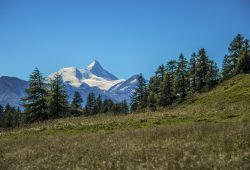 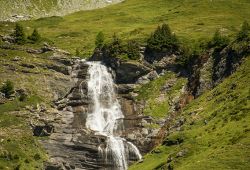 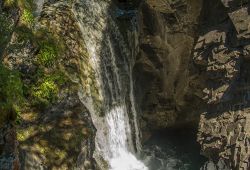 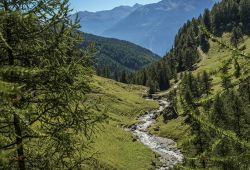 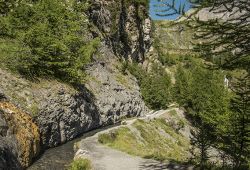 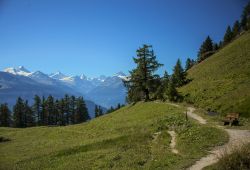 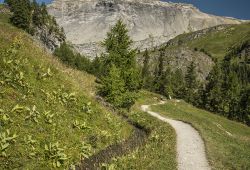 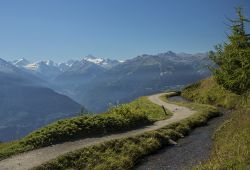 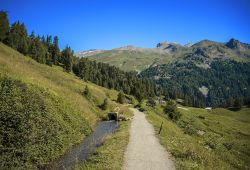 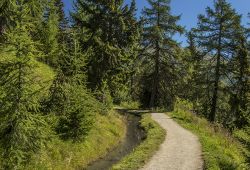 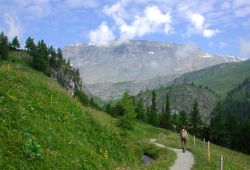 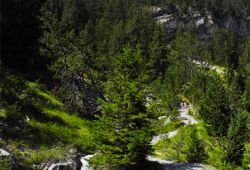